Charlie's Crusaders Pet Rescue is a group of volunteer dog lovers whose mission is to rescue, provide sanctuary, and ultimately to re-home abandoned, stray and neglected dogs in Mississippi and Tennessee and surrounding areas. We rescue from the Mid-South where almost all the shelters are EXTREMELY HIGH KILL and then we transport them up North for adoption.

Charlie's Crusaders Pet Rescue dogs are mainly housed in foster homes in Pennsylvania, New Jersey, Mississippi, and Tennessee where they are provided with an enormous amount of love. We have our animals spayed or neutered and brought up-to-date on shots. At times some of our dogs are house trained and taught basic obedience.

​Charlie's Crusaders Pet Rescue dogs are evaluated for temperament and personality. This helps us try to place them in homes that are well suited to their needs and to the needs of their future owners. 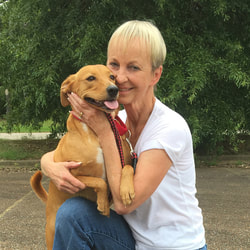 The founder and director of Charlie’s Crusaders is Donna Quick, formerly of Bailey’s Arms Rescue. She brings with her years of experience in hands-on management of a non-profit dog rescue group, a network of dedicated volunteers and foster parents (both local to the Memphis area and New England-based), innate people skills that make her adept at interviewing adoption applicants and ensuring a good fit between dog and household, and most of all a passion for helping dogs in need. Anyone who knows Donna at all knows that the welfare of the dogs in her care comes FIRST.

She is very excited to begin this new chapter with Charlie’s Crusaders Pet Rescue. CCPR will be dedicated to rescuing dogs in rural areas of Tennessee and North Mississippi that are abandoned, homeless, neglected, or in kill shelters. We will provide them sanctuary in a loving foster home while they heal physically and emotionally and go through the vetting process to ready them for forever homes. While some of our adoptable dogs will find permanent homes in the mid-south region, a large number will be transported to foster and forever homes in the Northeast and New England states.

Charlie was a happy, young dog who had his own 7-year-old boy, who was his best friend and his whole world. Life was one grand adventure for Charlie and he and his boy greeted each day with a smile, until the boy’s parents decided to divorce and the world turned upside-down. Charlie, his boy and the boy’s mother moved in with her father, until they could get back on their feet. The grandfather did not like dogs and Charlie was not welcome in his house. One day after the little boy left for school and the mom left for work, the grandfather loaded Charlie into the back of his pick-up truck and surrendered him to the rural, Ripley shelter in October 2013. He told the shelter employees that he planned to tell his grandson that Charlie had been hit and killed by a car while he was at school that day. Charlie was terrified and confused and gut-wrenching pictures of this heartbroken dog circulated on Facebook.

Bailey’s Arms came to Charlie’s rescue and placed him with a loving foster mom, who planned to do everything possible to reunite Charlie with his little boy down the road. But, the time that Charlie had spent in this outdated, unsanitary, rural shelter without the protection of vaccines had already exposed sweet Charlie to a multitude of contagions.
So one weekend, Charlie’s foster mommy took him for a ride to the country. They stopped in a beautiful pasture with a pond where Charlie could splash in the water and then sunbathe to his heart’s content. They spent hours there together, just enjoying the beautiful world and the beautiful day. Charlie had his very own grilled steak that night, and went to bed with a smile on his face.

Two days later Charlie had a very bad day and he couldn’t walk or even stand up as he was wracked by tremors. We knew it was time to let Charlie go and end his suffering. We held him as the vet helped him pass and whispered in his ear that he was loved and that he mattered.

​Charlie is running free at the Rainbow Bridge now, and the skies are bright with a new, shining star as the heavens welcomed him home. We believe he is looking down on us and his little boy and we dedicate our rescue efforts in his name. With your help, we will honor his name by doing everything we can to give other needy dogs the happy ever after that Charlie didn’t get.